EXCERPTS FROM THE KEGEL FIX

What Are the Kegel Muscles? Where Are They? What Do They Do?
The pelvic floor muscles (PFM), commonly known as the “Kegel muscles,” are a hammock of muscles that form the underside of the pelvis. They are also referred to as the “saddle” muscles, because you sit on them when you are seated on a bicycle. They are part of the “core” muscles, which are the “barrel” of muscles comprising the torso, consisting of the abdominal muscles in front, the lumbar muscles in back, the diaphragm muscle forming the roof and the PFM forming the floor. The core muscles are responsible for stabilizing the pelvis and holding the spine erect. 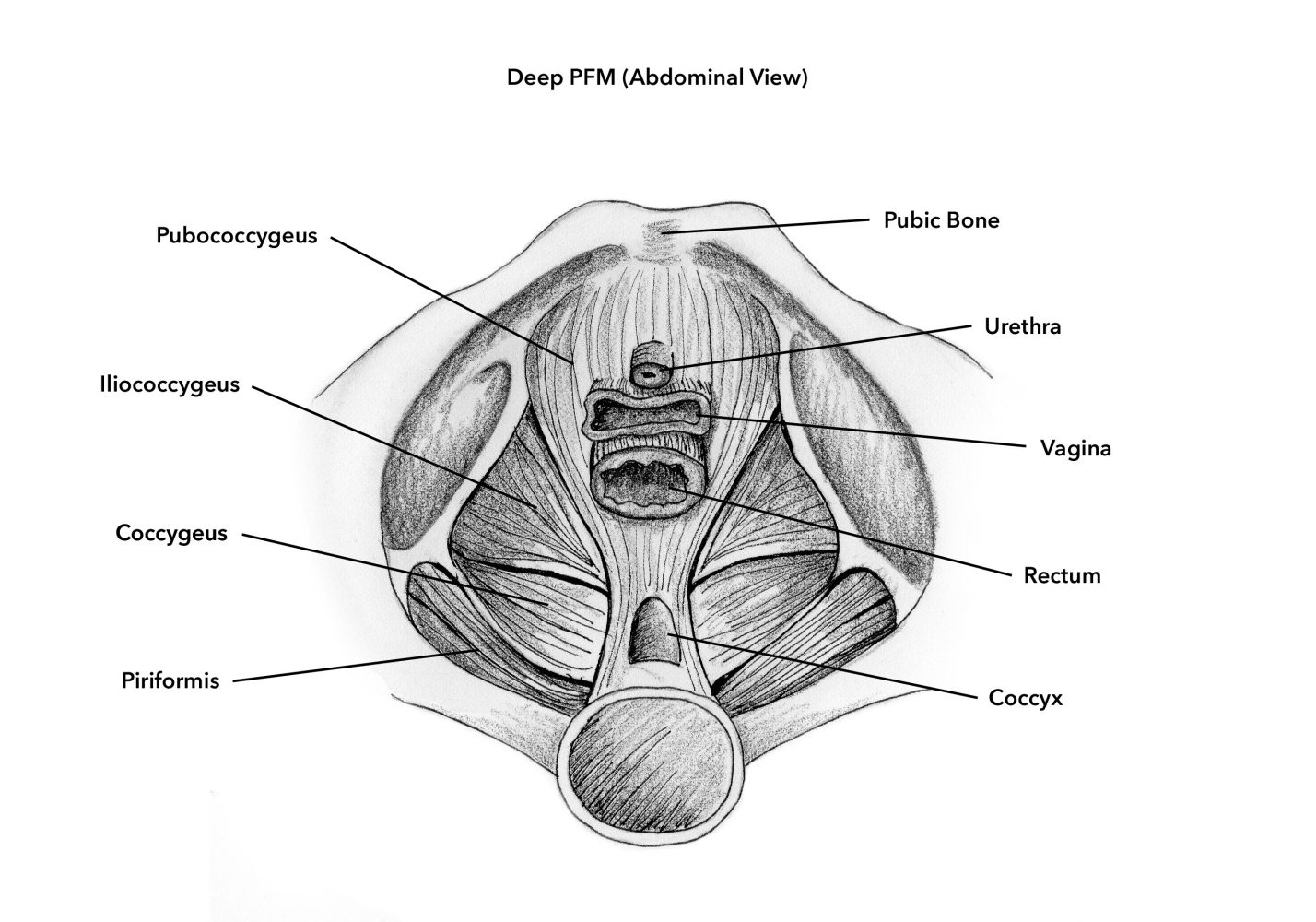 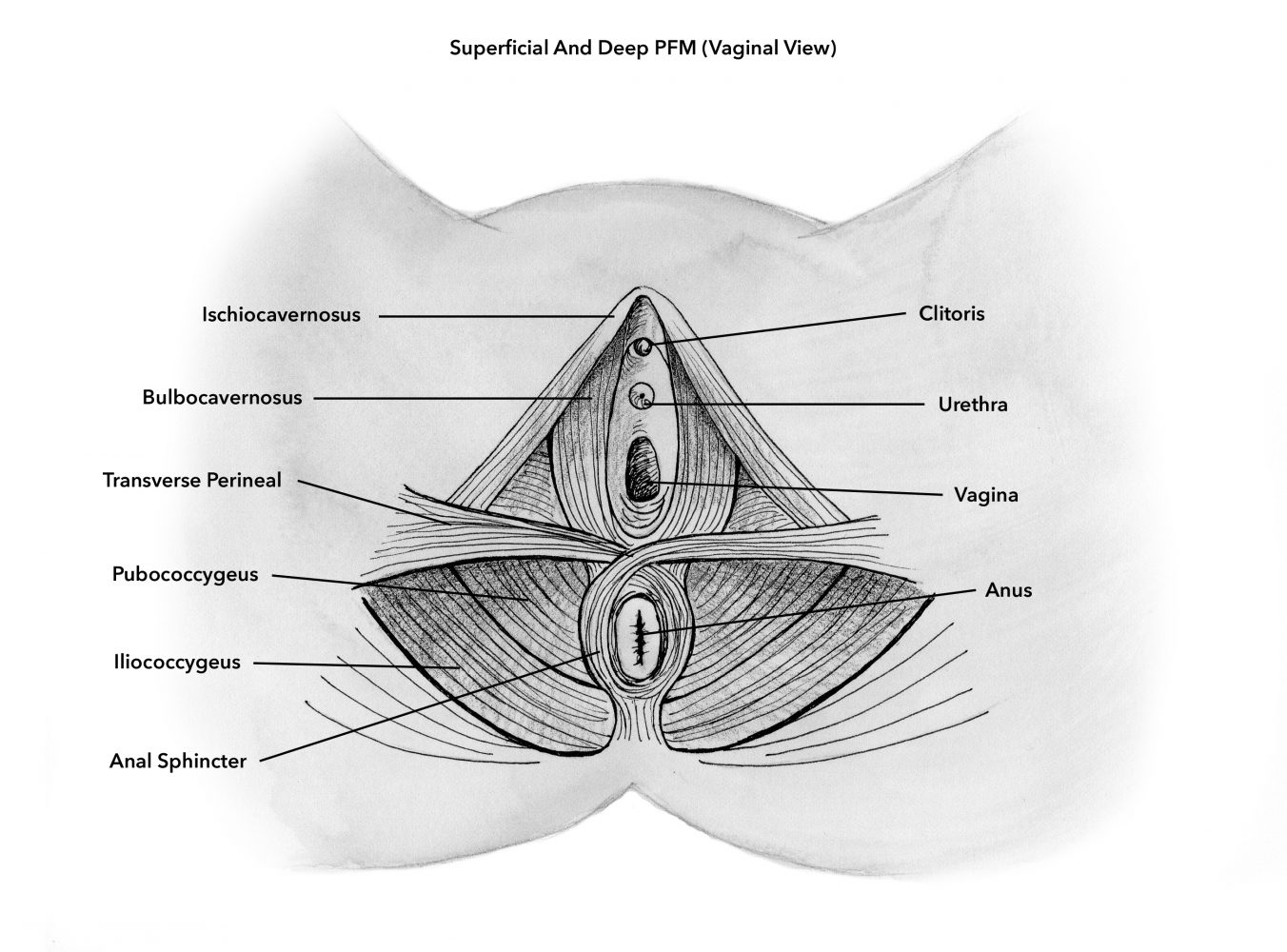 The PFM muscles are intertwined with the muscles of the vagina, bladder and rectum. These muscles provide support for the pelvic organs, contribute to the control mechanism of the urinary and intestinal tracts and play a vital role in sexual function.

What Is the Problem and What Is the Fix?
One of every four women in the USA has symptoms due to weakened PFM and many more have pelvic floor weakness that is not yet symptomatic. Many others have symptoms from PFM that are too tense. More than 10% of American women will undergo surgery for pelvic floor issues—commonly for stress urinary incontinence (urinary leakage with coughing, sneezing and/or exercise) and pelvic organ prolapse (sagging of one or more of the pelvic organs into the vaginal canal and at times outside the vaginal opening)—with up to 30% requiring repeat surgical procedures.

As a urologist who cares for many female patients, my office hour sessions bear witness to common complaints that are due to a variety of pelvic floor problems:

“Every time I go on the trampoline with my daughter, my bladder leaks. The same thing happens when I jump rope with her.”
–Brittany, age 29

“My vagina is just not the same as it was before I had my kids. It’s loose to the extent that I can’t keep a tampon in.”
–Allyson, age 38

“As soon as I get near my home, I get a tremendous urge to empty my bladder. I have to scramble to find my keys and can’t seem to put the key in the door fast enough. I make a beeline to the bathroom, but often have an accident on the way.”
–Jan, age 57

“Sex is so different now. I don’t get easily aroused the way I did when I was younger. Intercourse doesn’t feel like it used to and I don’t climax as often or as intensively as I did before having my three children. My husband now seems to get ‘lost’ in my vagina. I worry about satisfying him.”
–Leah, age 43

“When I bent over to pick up my granddaughter, I felt a strange sensation between my legs, as if something gave way. I rushed to the bathroom and used a hand mirror and saw a bulge coming out of my vagina. It looked like a pink ball and I felt like all my insides were falling out.”
–Karen, age 66

“I have been experiencing on and off stabbing pain in my lower abdomen, groin and vagina. It is worse after urinating and moving my bowels. Sex is usually impossible because of how much it hurts.”
–Tara, age 31

PFM fitness is critical to healthy pelvic function and is an important element of overall health and fitness. PFMT is a safe, natural, non-invasive, first-line self-improvement approach to pelvic floor dysfunction that should be considered before more aggressive, more costly and riskier treatments. We engage in exercise programs for virtually every other muscle group in the body and should not ignore the PFM, which when trained can become toned and robust, capable of supporting and sustaining pelvic anatomy and function to the maximum. Should one fail to benefit from such conservative management, more aggressive options always remain available.

PFMT can be beneficial for the following categories of pelvic floor dysfunction: weakened pelvic support (descent and sagging of the pelvic organs including the bladder, urethra, uterus, rectum and vagina itself); vaginal laxity (looseness); altered sexual and orgasmic function; stress urinary incontinence (urinary leakage with coughing and exertion); overactive bladder (the sudden urge to urinate with leakage often occurring before being able to get to the bathroom); pelvic pain due to PFM spasm; and bowel urgency and incontinence. Additionally, PFMT improves core strength, lumbar stability and spinal alignment, aids in preventing back pain and helps prepare one for pregnancy, labor and delivery. PFMT can be advantageous not only for those with any of the previously mentioned problems, but also as a means of helping to prevent them in the first place. Exercising the PFM in your 20s and 30s can help avert problems in your 40s, 50s, 60s and beyond.

Why Bother Exercising Your PFM?
The PFM are out of sight and out of mind; however, they have important functions, so are muscles that you should be exercising. PFMT is based upon solid exercise science and can help maintain PFM integrity and optimal function into old age. The PFM are “plastic” and capable of making adaptive changes when targeted exercise is applied to them. Their structure and function can be enhanced, resulting in broader, thicker and firmer PFM with a stronger resting tone and the ability to generate a powerful contraction at will. PFMT can be effective in stabilizing, relieving, improving and even preventing issues with pelvic support, sexual function, and urinary and bowel control. In addition to the muscle-training benefit of PFMT, it also supports tissue healing by stimulating the flow of oxygenated, nutritionally rich blood to the vagina and other pelvic organs.

Because of pregnancy, labor and delivery, the PFM get stretched more than any other muscle group in the body. Through PFMT, the PFM have the capacity of rebounding from this obstetrical “trauma,” recovering tone and function. Prenatal PFMT can help fortify the PFM in preparation for pregnancy, labor and delivery. PFMT involves gaining facility with both the contracting and the relaxing phases of PFM function. One might think erroneously that PFMT could lead to a more difficult birth because of stronger and tighter PFM; however, PFMT also facilitates better relaxation of the PFM that can ease the childbirth process.

What Exactly Is PFM Dysfunction and What Causes It?
PFM “dysfunction” is a common condition referring to when the PFM are not functioning properly. PFM dysfunction ranges from “low tone” to “high tone.” Low tone occurs when the PFM lack in strength and endurance and is often associated with stress urinary incontinence, pelvic organ prolapse and altered sexual function. High tone occurs when the PFM are too tense and unable to relax, giving rise to a pain syndrome known as tension myalgia.

The PFM can become weakened, flabby and poorly functional with pregnancy, labor, childbirth, menopause, weight gain, a sedentary lifestyle, poor posture, sports injuries, pelvic trauma, chronic straining, pelvic surgery, diabetes, tobacco use, steroid use, and disuse atrophy (not exercising the PFM). Sexual inactivity can lead to their loss of tone, texture and function. With aging there is a decline in the bulk and contractility of the PFM, often resulting in PFM dysfunction.

Why Are the PFM So Vital to Your Health?
The PFM are perhaps the most versatile yet under-appreciated muscle group in your body. They provide vaginal tone, support to the pelvic organs, a healthy sexual response—enhancing arousal and orgasm—and urinary and bowel sphincter control. They play a key role in your ability to carry and deliver a baby as well as contributing to the mobility and stability of your torso.

Why Are the PFM So Mysterious?
Strong puritanical roots in our culture influence our thoughts and feelings about our nether regions; as a result, they often fail to command the respect and attention that other areas of our bodies do. Frequently ignored and/or neglected, this area of the body rarely sees the light of day and most women never think about exercising the important functional muscles in this sector of their anatomy. Most of us can probably point out our “bi’s” (biceps), “tri’s” (triceps), “quads” (quadriceps), “pecs” (pectorals), etc., but who really knows where their “pelvs” (PFM) are located? For that matter, who even knows what they are and how they contribute to pelvic health? Your leg muscles might look sexy and lean and provide you with the ability to walk, but think for a moment about the PFM. How essential—yet taken for granted—is sphincter control, support of our pelvic organs and, of course, their key contribution to sexual function?

Unlike the glitzy, for show, external, mirror-appealing glamour muscles, the PFM are humble muscles that are shrouded in secrecy, hidden from view, unseen and behind the scenes, often unrecognized and misunderstood. The PFM mystique is contributed to by their mysterious powers, which straddle the gamut of being vital for what may be considered the most pleasurable and sublime of human pursuits—sex—but equally integral to what may be considered the least refined of human activities—bowel and bladder function.

What Is the Muscle Function of the PFM?
Whereas most skeletal muscles function as movers (joint movement and locomotion), the PFM are unique in that they function as stabilizers—helping to keep the pelvic organs in proper position—and compressors—helping to tighten the vagina, urethra and rectum—important to urinary and bowel control as well as to sexual function. During sex the PFM activate, causing a surge of genital blood flow that helps lubrication and clitoral engorgement; at the time of orgasm, the PFM contract rhythmically.

What Happens to the PFM With Childbirth?
PFM take a beating from pregnancy, labor and vaginal delivery. Pregnancy incurs maternal weight gain, a change in body posture, pregnancy-related hormonal changes and the pressure of a growing uterus and fetal weight, all of which may reduce the supportive and sphincter (urinary and bowel control) functions of the PFM.

Labor is called so for a genuine reason! The hours you spend pushing and straining are often very unkind to the PFM. Elective Caesarian section avoids labor and affords protection to the PFM, but prolonged labor that results in an emergency C-section is equally as potentially damaging to the PFM as vaginal delivery.

Vaginal delivery is the ultimate traumatic event to the PFM. The soft tissues of the pelvis (including PFM) get crushed in the “vise” between your baby’s bony skull and your own bony pelvis and are simply no match for the hardness and inflexibility of these bones. The PFM and connective tissues are frequently stretched, if not torn, from their attachments to the pubic bone and pelvic sidewalls, and the nerves to the pelvic floor are often affected as well. The undesirable consequences of obstetric “trauma” include altered PFM anatomy with loss of vaginal tone and function, a.k.a. birth-related laxity (looseness).

Studies measuring PFM strength before and after first delivery show a decrease in PFM strength in about 50% of women. Vaginal delivery is much more likely to reduce PFM strength than delivery via C-section. Not surprisingly, following delivery, the larger the measured diameter of the vaginal opening, the weaker the vaginal strength.